Listen to this page of the story. 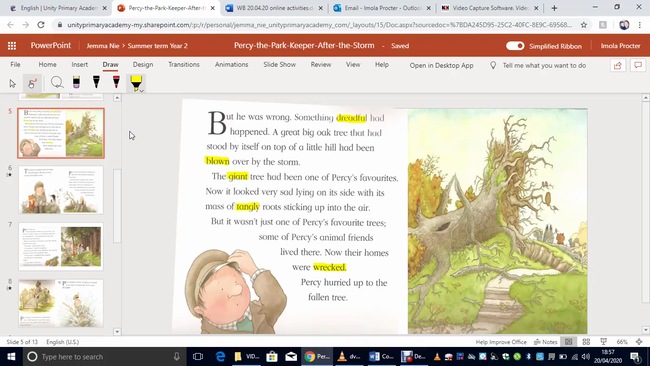 But he was wrong. Something dreadful had happened. A great big oak tree that had stood by itself on top of a little hill had been blown over by the storm.

Percy hurried up to the fallen tree.

Look at the words highlighted in yellow. Read the word. What does it mean?

Can you think of another word that would fit instead of the word in yellow? Write your new words in your purple books.

Something dreadful had happened.

Something terrible had happened.

Read the section of story out loud, using your new words!