Today's destination is a little closer to the UK... it's France!! 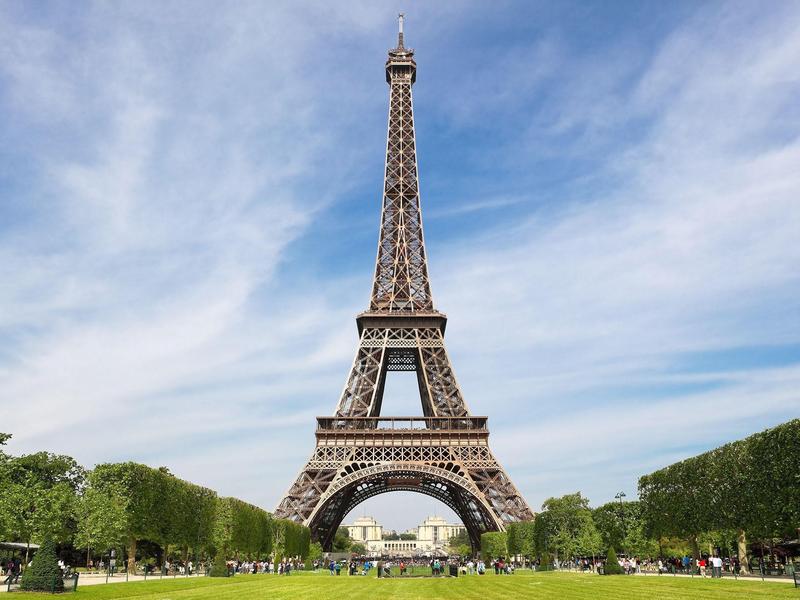 France is the largest country in western Europe. It is a land of green, open spaces dotted with small cities and picturesque towns.

The weather in northern France is cool and wet, but the south, with its Mediterranean coast, is dry and warm.

Mountain ranges line the southwest and eastern borders including the Pyrenees and the Alps. Mont Blanc, located in the Alps, is Europe's tallest peak and stands about 4,807 m tall.

Fashion and perfume are two of France's best-known industries. France also produces about a quarter of the world's wine.

One fifth of the population of France live in and around Paris. It is one of Europe's most popular cities with many famous monuments and museums.  The Eiffel Tower is one of the most famous buildings in the world. It stands 324 m tall and was built in 1889. The Louvre in Paris is the most visited art gallery in the world. There are churches in every village and cathedrals in the cities. France is a mainly Roman Catholic country. France has many good restaurants and the quality of ordinary daily food is very high.

French cheeses like Camembert, Brie and Emmental are eaten all over the world.

The Tour de France takes place every summer and is the world's most famous cycling race. It lasts for 3 weeks and always finishes in Paris.

This week, we are getting creative with our writing and I will be asking you to use everything you've been learning recently.

Look carefully at the picture and then complete the task below in your workbooks.

Imagine this tiny turtle is giving a speech.

What is he saying?

Who is he speaking to?

This week in maths you will be understanding data handling, which is also known as statistics. You will be looking at bar charts, pictograms and line graphs.

Today you will be interpreting data.

Time to get active today!

Here is a range of physical activities - pick your favourite and remember to drink plenty of water.